I wrote a couple of days ago about California’s grim future.

But now I’ll share some good news. No matter how bad California gets, the Golden State probably won’t have to worry 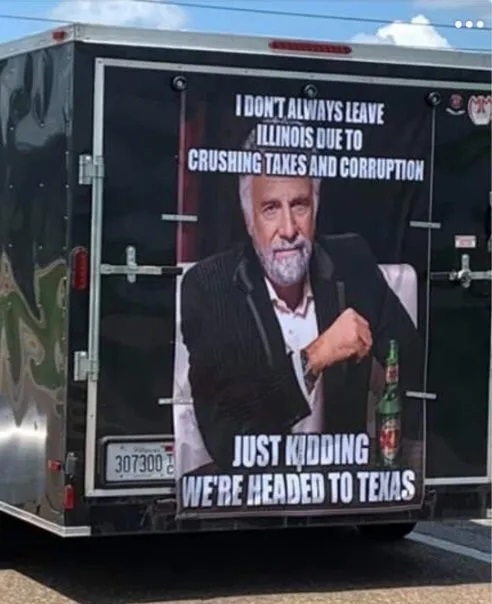 about people and businesses fleeing to Illinois.

That’s because the Prairie State is an even bigger mess. If California is committing “slow motion suicide,” Illinois is opting for the quickest-possible fiscal demise.

Politicians in Springfield (the Illinois capital) have a love affair with higher taxes. A very passionate love affair.

But the state’s productive people have a different point of view. More and more of them have been escaping.

And they are now being joined by the state’s most-famous company, as Matt Paprocki of the Illinois Policy Institute explains in a column for the Washington Post.

When Boeing announced last month that it was moving its headquarters from Chicago to Arlington, Va., it sent shudders through the Illinois business community and state capital.

But last week, when the heavy-equipment manufacturer Caterpillar said it was moving its headquarters to Texas, it felt more like a bulldozer ramming into the news. …If you’re an Illinois business owner or resident, as I am, the economics of staying are tough and the enticements to move away are many. …According to the U.S. Census Bureau, last year the state had the third-largest loss of residents due to domestic migration in the nation (-122,460), trailing only California and New York.

It’s easy to understand why people and businesses are leaving.

In 2017, Illinois lawmakers raised the personal income tax rate to 4.95 percent, from 3.75 percent, and hiked the corporate rate to 7 percent, from 5.25 percent. When J.B. Pritzker took office as governor in 2019, he passed another 24 tax and fee hikes costing taxpayers over $5 billion. …With 278,475 regulatory restrictions and requirements — double the national average — Illinois has the third most heavily regulated environment in the country. …Illinois owes over $139 billion in state pension debt as of last year, and local governments owe about $75 billion, which is the primary driver for Illinois’ spiraling property taxes, second-highest in the nation.

Mr. Paprocki offers all sorts of suggestions for reform, including a spending cap. 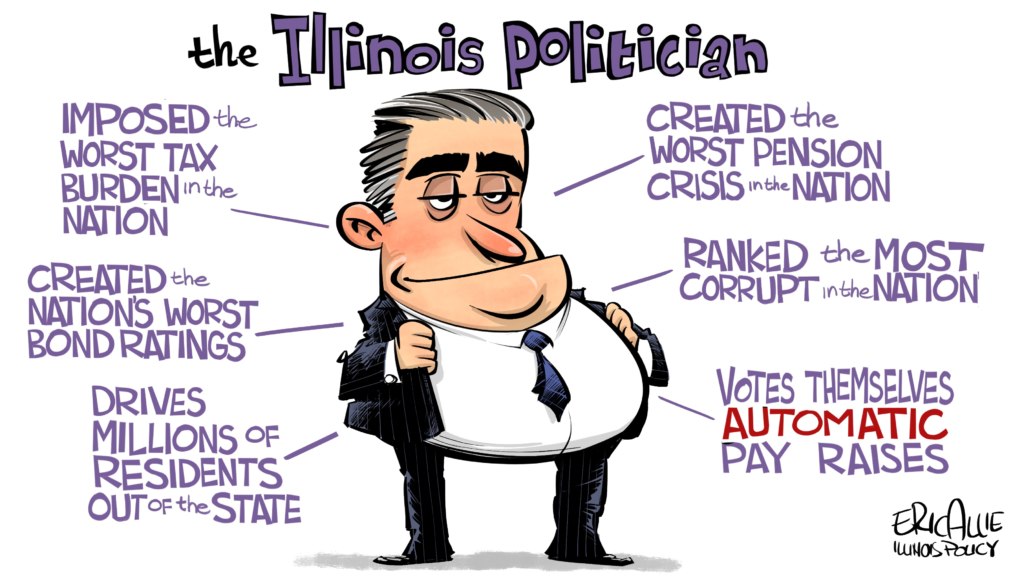 But the chances of pro-growth reform are effectively zero. The governor is a hard-core leftist (as well as a hypocrite) and the state legislature is controlled by government employee unions.

So if you’re hoping for a TABOR-style spending cap, there’s little reason to be optimistic.

And if you’re hoping for reforms that will improve the state’s “least friendly” tax climate, don’t hold your breath.

previousNational Incident Declared After Polio Was Found In UK Sewers