Early last year, I shared a video explaining that Karl Marx was a despicable human being. Today, let’s look at a video that further examines him and his hideous ideology.

This raises an interesting question of picking the most offensive feature of Marxism.

The the video above is from the Ayn Rand-inspired Atlas Society, I suspect they might emphasize answer #3.

And that certainly is correct, but the best answer is “all of the above.” 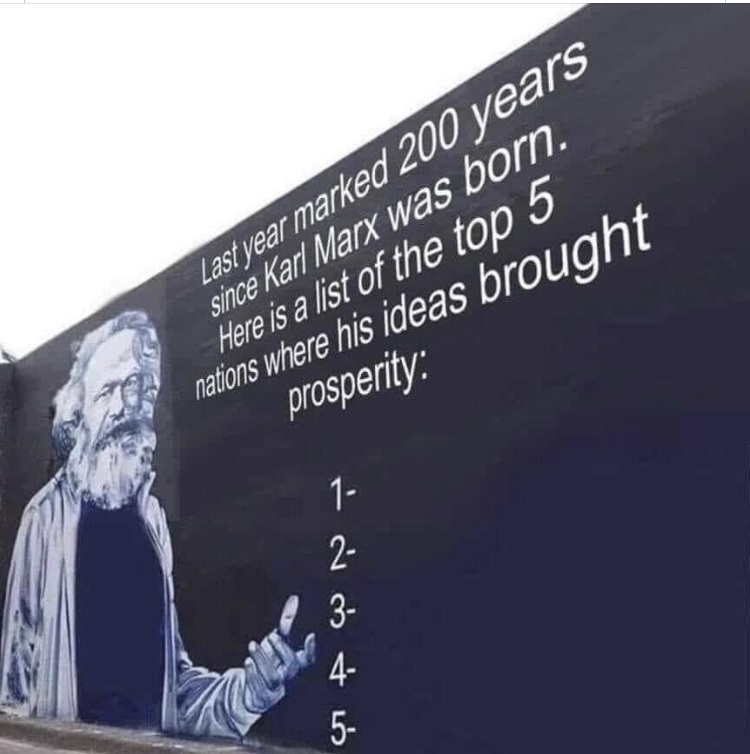 I’ll close with the observation that Marx was a bad person, but he’s not nearly as bad as modern-day Marxists.

That’s because Marx was guilty of coming up with a bad theory. Today’s Marxists, by contrast, not only believe in that bad theory, but they hold to those noxious views in spite of 100 years of evidence that communism is a failure of practice.

P.S. To see the difference between a good person and a bad person, here’s a comparison of Marx with another person from central Europe.