After a diplomatic talks this week failed to produce an end to tensions between Russia and the United States, Vladimir Putin issued a direct challenge to President Biden to settle the standoff.

“If American President wants me withdraw the troops from Ukraine border, he must beat me in bear-riding competition,” said Mr. Putin in broken English at a press conference in Moscow, as he ripped his shirt off and revealed bulging pecs. Putin then stared directly into the cameras and said, “I must break you. . .”

White House aides burst into the Oval Office to bring President Biden the news, interrupting his weekly cognitive testing session just as the doctor had asked Mr. Biden, “Who is the President of the United States?”

Mr. Biden appeared visibly relieved at the interruption. Chief of Staff Ron Klain then handed him an iPad so that the President could watch the video of Mr. Putin’s Press Conference, and bear riding challenge.

Initially President Biden seemed excited about bear riding with Mr. Putin, until an aide informed him, “Sir, I believe Putin means B-E-A-R and not B-A-R-E.”

“Come on, man!” exclaimed the President. He then turned to his physician and answered, “Donald Trump,” at which point reporters were quickly ushered out of the room. 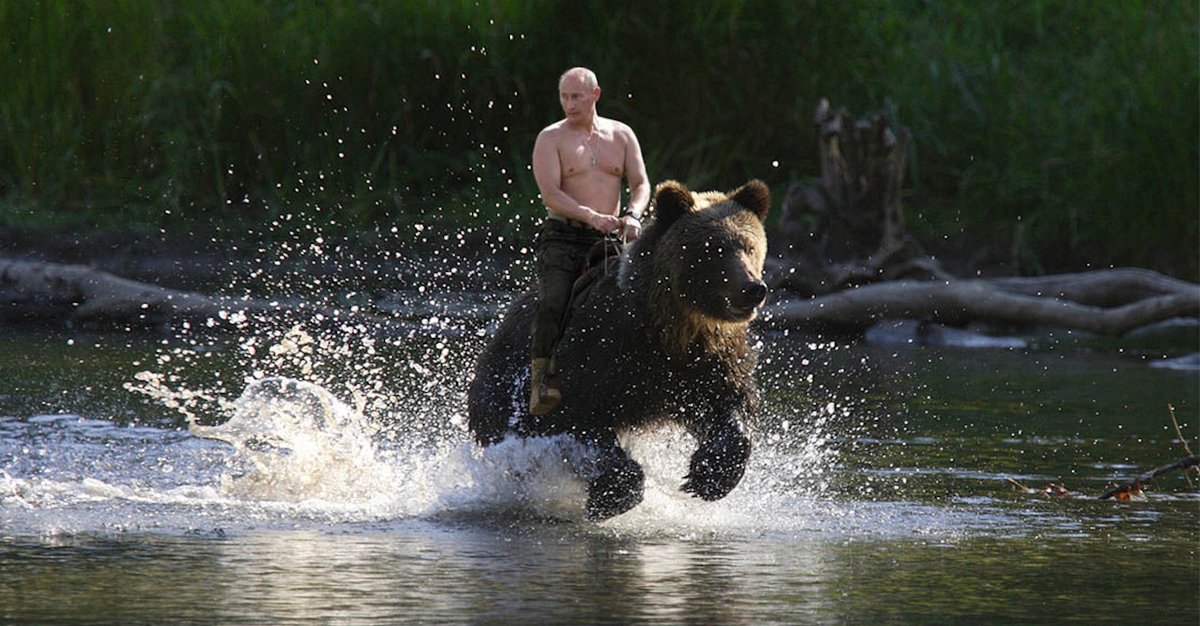 nextChronic Fear Is Bad for Our Health