This article was originally published by Jeff Deist at The Mises Institute. 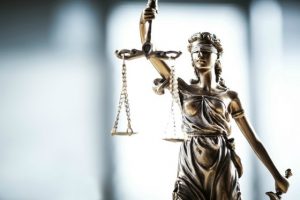 In a decent society, real justice is specific and not general. In criminal matters especially, justice should be temporal and rooted in the facts of the instant case. Greater societal concerns, along with the identity of the defendant and victims (sex, race, religion, notoriety, social or economic status, etc.), simply should not be considered. This is precisely why we sequester jurors, to keep them focused on the facts rather than outside influences.

Is America really prepared to fully and finally abandon this principle? To acquit or convict individuals based on the inherently amorphous idea of social justice rather than the specifics of any particular case?

The criminal trial of Kyle Rittenhouse in Wisconsin tests this question. The case now sits with the jury, awaiting a verdict. Given the tremendous media attention given this case, one can hardly discount the pressure on jurors to announce him guilty. Their anonymity is tenuous at best, and who wants more trouble in the leafy city of Kenosha?

Anyone looking for a strong argument against cameras in the courtroom has found it. The Rittenhouse prosecutors and defense attorneys are now uncomfortable and unwanted celebrities of a sort. Ditto for the district judge (old white guy), whose purported pro-Trump politics are now on secondary trial. And with the nation watching, young Mr. Rittenhouse unwittingly serves as a proxy for a dominant political narrative. His case is now a matter of generalized justice, with enormous psychological and political outcomes hanging on his fate. This is disturbing and outrageous.

The Left portrays Rittenhouse as an avatar for everything wrong with Deplorable America. He is a gun nut, a proto–militia member, a “thin blue line” supporter, and a thus representative of MAGA Trumpism. As such, he is a bad guy per se—and of course, the jury should consider this. In the Left’s conception, a straight white Christian conservative male (assuming Rittenhouse is all those things) simply can’t have legitimate political grievances. Men like him have power; the oppressed Antifa/BLM protestors do not. As such, his cause is illegitimate and his victims’ cause (ostensibly protesting the police shooting of Jacob Blake) is noble and righteous, even if it got out of hand.

Furthermore, why would anyone—especially a teenager—even possess an “assault rifle” to begin with? And why would he arm himself with such a rifle to go mix it up in a riot? Not to mention he crossed state lines (a bizarre point repeated ad nauseum by his detractors)! By choosing to carry a weapon to the riot that evening, he placed himself in a position where he might use it. We might even infer his intent to use it. As the prosecutor said during closing arguments, “When the defendant provokes the incident, he loses the right to self-defense. You cannot claim self-defense to a danger you create.” In other words, Rittenhouse was asking for trouble and got it. Never mind whether at the moment of the shooting he reasonably thought his life in danger. What matters is the general context leading up to the shooting. Bad guys (Trumpers) doing bad things (using guns they shouldn’t own to defend property in the face of a righteous protest) don’t get to claim victim status.

Even beyond this assignment of generalized malice to Rittenhouse’s actions that night, there are some who would throw him in jail for life to soothe racial tensions in America. Never mind that the three men Rittenhouse shot were in fact white; the mainstream media certainly did not make much effort to disabuse the false impression that they were otherwise (Chris Hayes at MSNBC expressed surprise at his own misperception about this). Facts aside, self-defense aside, why not sacrifice one young white kid to prison if it avoids enraging black Americans who already view the criminal justice system and as racially biased against them. Why not avoid more riots and unrest? This is generalized justice writ large. Or as Dave Benner put it:

There are people who would literally ruin a life, lock someone in a cage, and throw away the key simply to advance a particular political narrative. Be wary.

As for law enforcement and prosecutors, have we now reached a point where rioters will be allowed to burn city blocks or even police precinct houses if their underlying cause is considered sympathetic? This seemed to be the case last year, when in cities like Kenosha and Seattle violent protesters often went uncharged or even unarrested. It’s one thing for the police to retreat when outgunned or outmanned, or to make strategic decisions about deploying officers to mitigate property damage. It’s quite another for police, supported by mayors and city councils, simply to pull back and allow riots, looting, and arson to occur unchallenged because they sympathize with their perpetrators. As for libertarians who favor criminal justice reform, the Kenosha riots are decidedly the sort of thing that turns average people against criminals in support of cops. And you better believe wealthy people will find ways to use private security (or capture local government) to make sure Kenosha never happens in the Hamptons or Tiburon or Brentwood.

Yes, proportional justice means we can’t shoot a fleeing thief in the back as he absconds with our laptop. Everyone recognizes this. But society is headed in a very bad direction if we allow widespread destruction, arson, theft, and disorder on the grounds that property can never trump human life. Property is necessary to sustain life, and our material surroundings are part and parcel of our humanity. “Mere” property is a tangible expression of human energy and past effort, not just corporate trinkets snatched from a smoldering store (“they have insurance!”). When it comes to force in defense of property, chase may be morally questionable but retreat is not morally required. This is especially true of one’s home.

As with the recent announcement of a federal indictment against former Trump advisor Steve Bannon, Americans increasingly sense that prosecutors at all levels of American government often wield power as a political bludgeon. Will selective prosecution become the order of the day, rooted in identity and the perceived politics of the parties? Will guilt or innocence in criminal trials increasingly hinge on broader desirable social justice outcomes? Will we put people in jail or acquit them based on context rather than specifics?

Our common law legal tradition urgently counsels against this. So too did the late Sam Francis, who coined the term anarcho-tyranny to describe a scenario where government officials selectively decide who is exempt from the rules and who gets the book thrown at them. We should resist this, vigorously.

The post Kyle Rittenhouse and the Evil of Generalized Justice first appeared on SHTF Plan – When It Hits The Fan, Don’t Say We Didn’t Warn You.