Can SpaceY 2025 Break the Bottleneck Faced by GameFi? 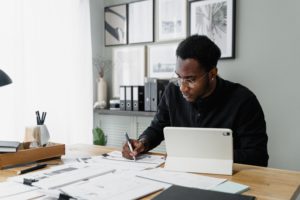 When I first got into startup investing, I was mostly investing in early-stage deals. Valuations usually fell between $3 million-to-$10 million (with a few exceptions of around $40 million). I was focused on trying to find the potential big winners as early as I could. And I definitely got a few winners — Density.io, Cabify, FabFitFun, Deel, etc.

After a few years of watching my portfolio companies thrive or die, I started making more late-stage bets. My best ones so far are Truepill and Aircall. I invested in those through FundersClub. FundersClub had invested early and had “pro rata” rights to invest in subsequent rounds.

Deals on platforms where people invested early and have pro rata rights can make excellent opportunities. They’re often called “follow-on” deals because new investors are following on after the earlier investors. Here’s what I look for in these types of follow-on deals.

A big jump in valuation. Say the startup’s valuation goes from $10 million to $70 million. That’s actually a really good sign because it indicates strong growth. And if the co-investors are top tier venture capital (VC) firms, that’s another great sign. Investments from major VCs indicate confidence in the startup, and VCs can help the founders widen their networks. I’ve had the chance to invest in follow-on deals alongside top firms like Sequoia and Andreessen Horowitz. Looking for strong co-investors is something I prioritize.

Syndicates on AngelList have great follow-on deals. And you can sometimes find them on sites like FundersClub (though the platform is not very active these days, it does still have some follow-on deals).

Follow-on rounds can be expensive right now. So I’m still investing mostly in early-stage deals. But I’m always on the lookout for promising Series A and B deals that are follow-ons. Sometimes it’s too good of an opportunity to pass up.

The post Strong Follow-On Deals Have These Features appeared first on Early Investing.