Is This Coin Worth Buying? How to Evaluate Cryptocurrency 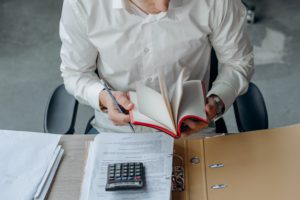 Oftentimes in seed rounds, companies explain that they need to raise money before really getting the business started. This can be a serious red flag, depending on the situation.

If the company was founded months (or years) ago but has made little to no progress, that’s a bad sign. An example I came across recently is Emerging Fuels Technology. The company has created technology that turns carbon waste products into fuel. Emerging Fuels Technology was founded in 2007 and claims its products are commercially viable — but it still hasn’t made any sales. The founder also gave no timeline as to when its products will be commercialized.

I much prefer investing in people who have at least bootstrapped in the very early days of the business — meaning they’ve built the business on a very tight budget, often using their own money. Any bootstrapped revenue is a good sign. It shows that the founders are scrappy and willing to get their hands dirty.

Of course, if a company needs a big piece of equipment that costs $500,000, that could be another story. In cases like that, I look for founding teams that have a track record of making their ideas reality.

If it comes down to choosing between a bootstrapped startup and one that is waiting for funding to get started, I’ll pick the former 99% of the time. Someone who has used elbow grease — or their own capital — to get things going is just a better bet.

The post Watch Out for This Serious Startup Investing Red Flag appeared first on Early Investing.