Nearly every year in his annual Berkshire Hathaway shareholder letters, Warren Buffett spends a few pages talking about the dynamism of the American economy.

His message is clear: the United States has faced adversity before. It will again. But America always prevails and you should never bet against it.

That theme has certainly held true during Buffett’s life. He was born in 1930 and came of age at a time when the US had become the world’s undisputed dominant superpower.

Buffett’s entire business career, in fact, took place at a time when America was on the rise.

But even Buffett would have to acknowledge that times have changed.

Today the government is obsessed with passing regulations that create obstacles to growth and new business formation. They’d rather pay people to stay home and NOT work rather than encourage production and innovation.

They rack up enormous quantities of debt without a single thought to the long-term consequences. They engineer inflation. They stifle competition.

And they constantly ridicule anyone who took a chance, worked hard, and became successful. Not only do they want to raise your taxes, they want to shame you because of your hard work and success.

Buffett knows this now from personal experience. Last month, in an effort to make wealthy people look bad, Buffett’s private personal tax returns were illegally leaked on the Internet for everyone to see.

He never had to deal with that sort of rage before in his life.

Moreover, when Buffett was a young man, he never had to contend with fanatical mob of woke Marxists. And he never knew a time when the biggest companies in America bent the knee in subservience to them.

And while there have always been small groups of Communist sympathizers and socialists in America, Buffett made his fortune at a time when the vast majority of people understood the awesome, prosperity-generating powers of a capitalist system.

But today, socialism is totally mainstream, with New York Magazine last month proclaiming that “Socialism isn’t a dirty word anymore.” And according to a recent Axios poll, most Gen Z (ages 18-24) have a negative view of capitalism.

Bottom line, the America of today is not the same America where Buffett made his fortune.

This isn’t to say that there aren’t extraordinary opportunities to create wealth and become successful. Of course there are– opportunities abound everywhere, both within the US, and around the world.

But it would be foolish to ignore these trends, or the fact that the country may be past its economic and political peak.

To paraphrase former Treasury Secretary Larry Summers, how much longer can the worlds biggest debtor continue being the world’s biggest superpower?

How much longer can a country which debases its currency, embraces socialism, silences intellectual dissent, brainwashes its youth, and encourages unproductive behavior, continue being the world’s most dynamic economy?

These are not controversial statements. They’re relevant, important questions that any independent-minded person might consider.

This is the topic of today’s podcast, which you can watch here (on YouTube) or here (on SovereignMan.tv), or listen to here: 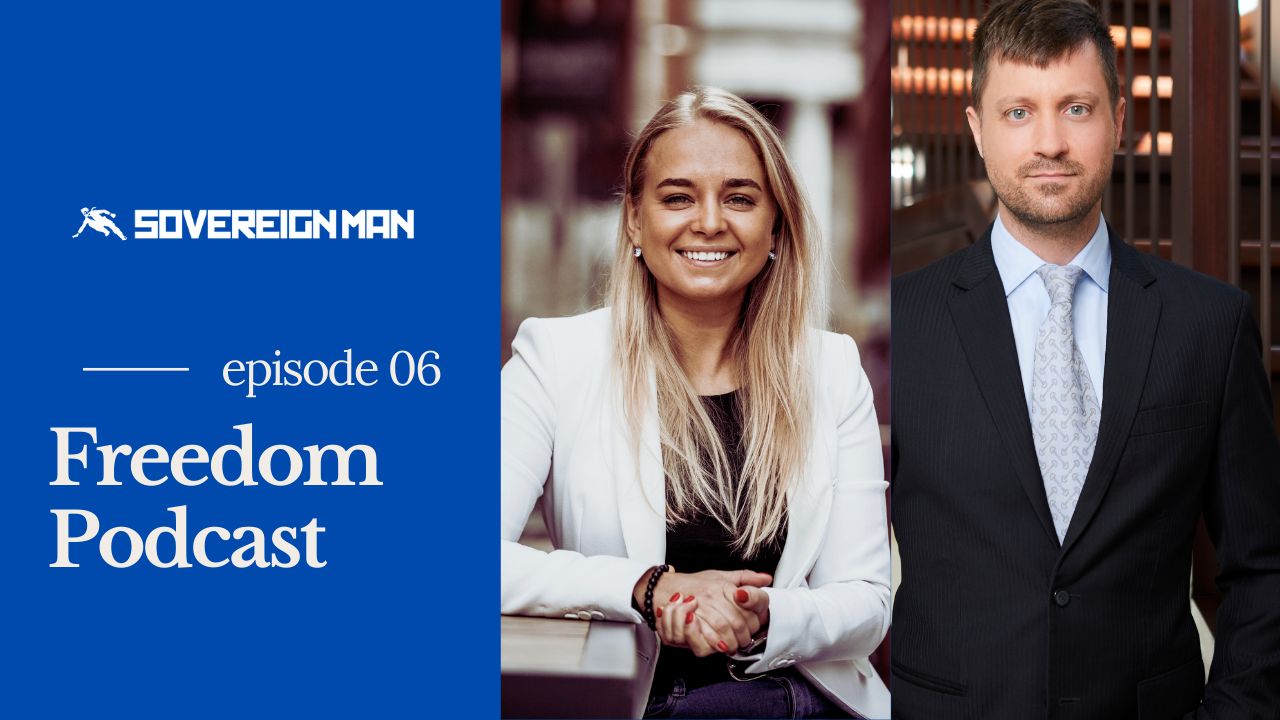 nextDo You Have This Smartphone App?