Why the Holochain Price Is Going Up

Bank 150% Profits on This “Jewel” of a Cannabis Stock

Elongate is a new cryptocurrency that incorporates charitable giving into its design, the first of its kind. 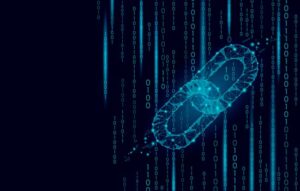 The creators of Elongate say 1% of the weekly transaction volume will be donated to charity each week. They’ve already boasted that they’ve sent $750,000 to nonprofits like Action Against Hunger and The Ocean Cleanup.

Of course, incorporating Elon Musk’s joke that “If there’s ever a scandal about me, *please* call it Elongate,” has helped its initial popularity too.

Right now, the only place you can trade Elongate coins is PancakeSwap. The creators say their cryptocurrency will be available on major exchanges eventually.

Does that mean you should buy it?

Why You Should Avoid the Elongate Cryptocurrency

Ask just about any cryptocurrency expert, and they’ll tell you to steer clear of coins like Elongate.

Take our very own Dave Zeiler for example. Dave has been one of the leading voices in the Bitcoin community for a decade now. He’s been steeped in the crypto world through Bitcoin’s initial explosion to the massive highs and crashes to the growth of new coins and technologies.

“We’re seeing a trend of scammers seeing the huge gains in top cryptos like Bitcoin and Ethereum and capitalizing on people who felt they missed out,” Dave tells us.

Sure, some of these coins will see short-term price moves that give early investors a sense of accomplishment. So do slot machines.

The reality is cryptocurrencies with great developers that solve real problems and are vetted by the community are out there. These cryptos will have long-term potential and are worth investing in.

But coins popping up left and right with little more than a catchy name and a gimmick are just trying to get your money. Some early adopters might make some money in the initial wave of buying as the hype builds, but many more will be left holding the bag.

As Dave says, “these coins aren’t going anywhere but into oblivion.”

In the crypto community, this is called the rugpull. Hype brings in investors who push the coin’s price higher over a short period of time, building even more hype and more buying. Then suddenly people who own a bunch of the coins, whales, sell at once, pulling the rug out from under the coin. The price tumbles, and everyday investors are left with losses, wondering what happened.

That’s why we’re skeptical of coins like Elongate that appear tailor-made to bring in short-term hype. With a quadrillion coins, the price is cheap enough for just about any investor to load up on the coin. The name ties into Elon Musk, one of the most famous technologists of our time, which is enough to get people’s attention. And the developers added the charity angle to give investors a reason to buy.

But you can dig deeper too.

One of the ways you can tell coins like Elongate don’t add anything to the crypto community is looking at their source code. Developers know that releasing a coin without making the source code public is a death sentence, so developers have been releasing generic, nearly identical source codes as other gimmick coins. Elongate’s code is nearly identical to another trendy crypto that’s sure to fail, Safemoon.

This is almost as much of a red flag as not releasing any code at all.

Even if you’re excited about the coin despite the drawbacks, it’s still best to wait and see. If the coin manages to get listed on a major exchange and builds stable user growth, then it could earn your investment. Until then, it’s too risky, even for speculators.

But that doesn’t mean there isn’t money to be made in the crypto world, even in small cryptos.

Put These Tiny Cryptos on Your Radar NOW

A surge of interest from institutional investors is setting the stage for a rally in a slew of small digital coins.

But understand this: These under-the-radar players are much more affordable than Bitcoin.

Some are so hot, even a small stake could transform into a humble fortune in 2021.

Our resident Silicon Valley insider is recommending three tiny coins as today’s BEST crypto buys – to get his take on all three, click here.

previousChina Will Support Russia Over The U.S. When It Comes To Sanctions

nextEXPOSED: The Myth of “Efficient Markets”