In Part I of this series, I explained that President-Elect Biden’s soak-the-rich agenda didn’t make sense because the internal revenue code already is very biased against upper-income taxpayers. Indeed, the U.S. tax system is even more weighted against the rich than the tax codes of nations such as France and Sweden.

In Part II of this series, I explained that Biden’s proposed reincarnation of Obamanomics would not be a recipe for increased federal revenues. Simply stated, higher tax rates on productive behavior will lead to macro-economic and micro-economic responses that have the effect of producing lower-than-expected revenues.

For today’s addition to the series, I want to focus on how Biden’s tax agenda will discourage investment and undermine competitiveness by saddling the United States with the developed world’s highest effective tax rate on corporate income – as measured by the combined burden of the corporate income tax and the additional layer of tax when dividends are paid to shareholders.

Everything you need to know is captured by this new data from the Tax Foundation. 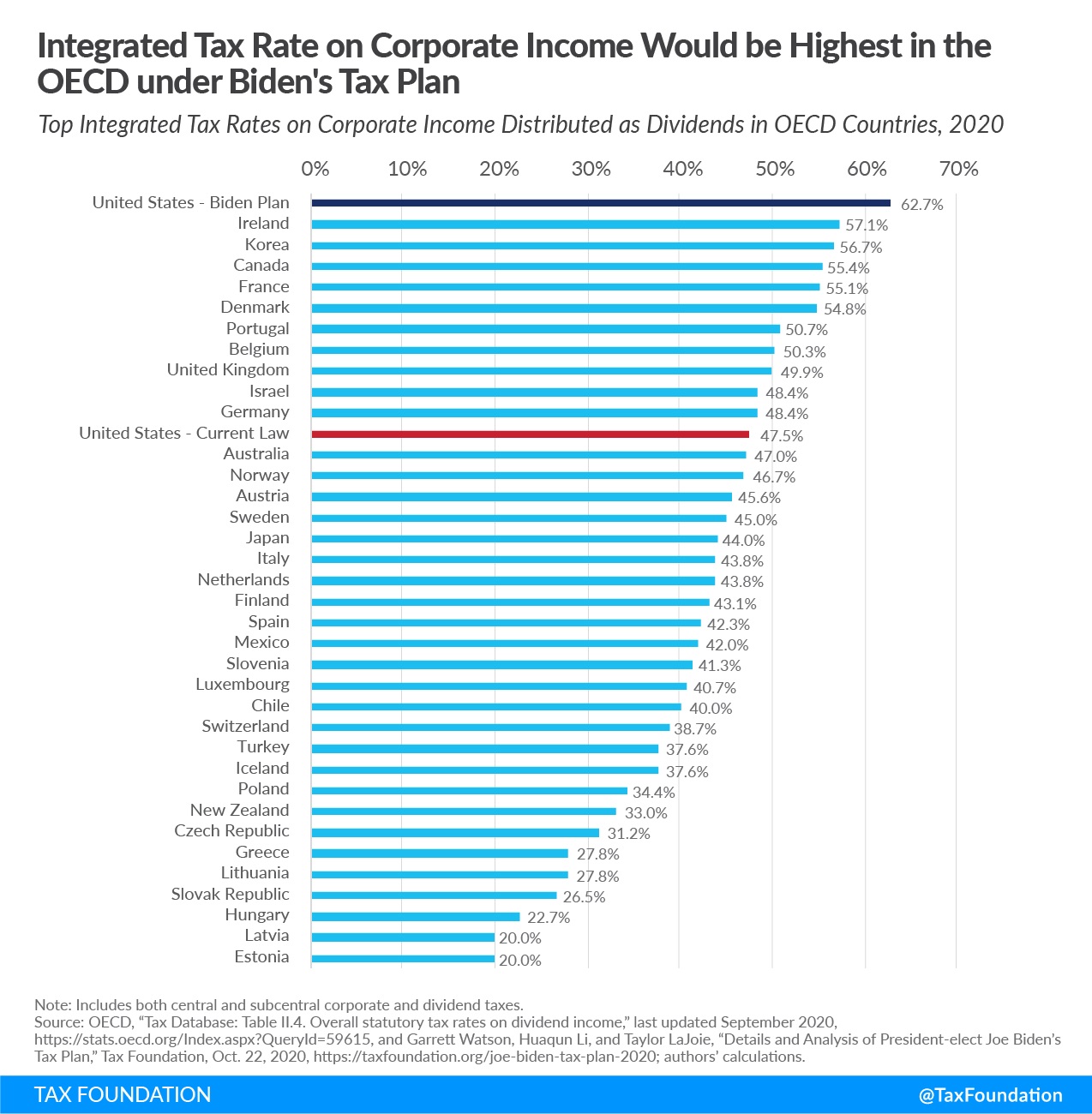 Needless to say, American policy makers should be striving to make our business tax system more like the one in Estonia.

When faced with this data, my friends on the left usually respond in one of two ways.

Some of them simply assert that there is no double taxation. I don’t know if they are ignorant or if they are dishonest.

The others (either more honest or more knowledgeable) will agree with the numbers but assert it is okay because any economic damage will be modest and the benefits of new spending will be significant.

P.S. While Biden’s proposals, if enacted, will result in the United States having a very bad tax system for companies, the U.S. will still have some big fiscal advantages over other nations.

P.P.S. Adding everything together, the biggest difference between the United States and other developed nations is that lower-income and middle-class taxpayers in America enjoy far lower tax burdens.