Analyst Who Called Bitcoin’s Tuesday Low Expects a Move to $13,000

Bitcoin Could Retrace to $9,000 if it Breaks Below This One Key Level 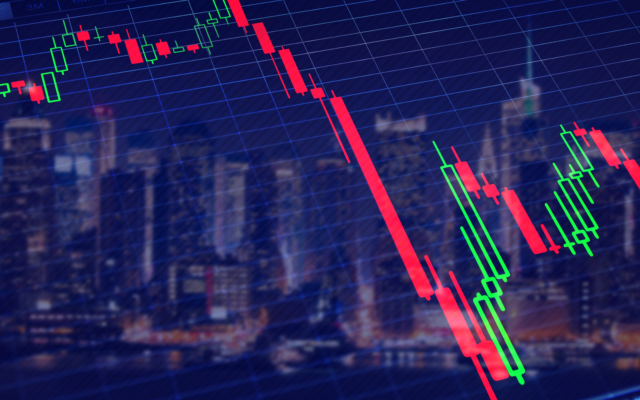 Bitcoin SV (BSV) is flying high and stacking sats, with prices breaking all-time records. BSV, the asset that appeared as a fork-of-a-fork of Bitcoin (BTC), has fulfilled its promise to do something spectacular in 2020.

Bitcoin SV Continues to Peak as Crypto Social Media Await Epic Crash
Now, the coin is still near peak prices. But how long this rally can survive is anyone’s guess. Bitcoin SV asset may be in for a heavy correction, sinking to a lower price level. The bitcoin forked coin reached prices of $353.50, on volumes above $7 billion in 24 hours.
This is the first significant recovery for the coin, after smaller rallies in the past year. For the first time, Bitcoin SV has managed to gain attention and FOMO buyers, achieving outlandish gains after a prolonged bear market. The crypto commenters already envision the fate of the coin coming after the rally:

But such rallies, boosted by spot market activity, may be short-lived. Now, the BSV market may have to absorb sellers attempting to liquidate, as well as possibly concerted attacks to bring the price down. One of the reasons BSV may face challenges is that the project has attracted the ire of the crypto community, and even the current pump is not appealing enough to grant credibility.
Hence, accidental BSV whales from the BTC space, or BCH owners, may have enough coins to extinguish the rally. BSV may end up returning to pre-rally levels, or at least shed much of the stratospheric gains. Bitcoin SV is also trading with price anomalies, going as high as $423 on TradeSatoshi, a small, low-reputation exchange. The price is only $201 on Coinsuper, another niche market.
Bibox Leads Latest Leg of the Pump
But the other worrying sign is the sinking of volumes on OKEx. Currently, Bibox, a relatively new exchange, is among the leading Bitcoin SV markets. If activity ceases on those markets, or turns out to be bot-driven, the correction will be even steeper.
Bitcoin SV proponents still believe this pump is a logical consequence of the organic support for the project, which will keep challenging the status quo.

BCH/Core narrative: BSV is delisted on many big exchanges so its easy to manipulate and pump and dump, so the price is fake.
Reality: #BSV is succeeding despite delist campaigns and other attacks because it is the real Bitcoin, and has the spirit of the Honey Badger.
— cryptorebel_SV (@cryptorebel_SV) January 14, 2020

But others see the move as an orchestrated pump, which has been tested in the past for BSV. In addition to this, the network has flexed by boosting its transaction count. At the same time, miners have supported block production for months at a loss – and have kept most of their coins. Attempting to sell now and recover the losses may trigger the price crash.
Bitcoin SV has also caused an all-market altcoin rally, sparking faster appreciation in most of the leading coins. But the anomaly will have to show its real source, and for BSV, most commenters see the event as a pump-and-dump.
How deep do you think Bitcoin SV will correct? Add your thoughts below!