CoinMarketCap Opens Up On the Binance Acquisition

Should I Buy Bitcoin During the Coronavirus Crisis? 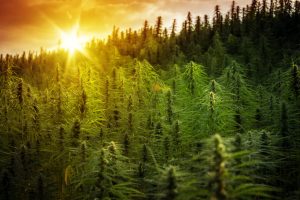 I’ve talked with a lot of investors about cannabis lately. My feeling is that about 95% of people still don’t realize the significance of what’s happening today.

First, a $200 billion global market (illegal recreational cannabis use) is going legal. Drug cartels are losing their monopoly, and legal, local and productive businesses are popping up everywhere. This sort of thing does not happen very often, to say the least.

Second, hemp is finally being grown in America again. Hemp is a simply amazing crop. There’s nothing else like it. It produces medicine in the form of CBD and other cannabinoids. It produces valuable fiber that will give cotton real competition. Hemp oil has thousands of uses, from cosmetics to industrial. On top of all that, it produces valuable and tasty protein used to produce foods like hemp burgers.

Third, we are at the very beginning of a cannabis-fueled medical revolution. Cannabis research has been held back for decades. And it’s about to explode. There is no other plant in the world that can potentially treat so many conditions. Here are just a few that cannabis has been found to treat:

Could it possibly be a coincidence that a plant this useful stayed illegal for more than five decades worldwide? On the bright side, now that cannabis prohibition is ending, there will be fewer people arrested and jailed going forward.

And for investors, there’s a lot of money to be made in cannabis. But how can the average retail investor hope to pick winners out of a crowd of a hundred or more legit companies?

One way is with cannabis exchange-traded funds (ETFs). Below are what I consider to be the three leading cannabis ETFs on the market. The first two are larger, established players, and the third is a newcomer with lower fees and a global outlook.

The ETFMG Alternative Harvest ETF was one of the first cannabis ETFs on the market when it launched in December 2015.

It is comprised of 57% Canadian stocks, 26% U.S. stocks and 11% U.K. stocks. It is based on “modified market cap weighting,” which means that larger companies make up the bulk of the fund.

Alternative Harvest tracks an index by the same name. This index was created and is maintained by Prime Indexes.

The fund has returned an impressive 12.69% annualized return since it launched in late 2015.

This fund tracks the North American Marijuana Index, which is assembled by a company called Solactive.

The ETF launched in April 2017. I couldn’t find the annualized return for this one, but according to Horizons, if you had invested $10,000 when the fund launched, it would be worth an impressive $17,990 today.

Cambria Cannabis ETF is a new entrant into the space. It just launched on July 25. It’s my favorite of the three funds listed here.

First of all, it has the lowest expense ratio (0.42%) by a good margin. The first two funds are both at 0.75%. That may not seem like much, but expense ratios (which are fees you pay to invest in the ETF) add up to a lot of money over time.

I also like the way Cambria is constructed. The holdings are actively managed, meaning that Cambria makes the selections based on its own models and discretion. This fund has a global footprint, with companies from Canada, Australia, Europe, Asia and the U.S. represented.

Cambria is also more evenly “weighted” than the other funds. It uses a blend of market cap and equal cap weighting. This means that even the smallest companies in the ETF are represented at a higher percentage than they would be if it was just based on the size of the company (market cap). For example, the smallest holding in this ETF represents about 0.9% of the fund. The smallest holding in the Alternative Harvest ETF represents 0.28% of the fund. So you get more exposure to the smaller companies with the Cambria Cannabis ETF than the other funds. In theory, this should lead to better returns.

I’ve been investing in cannabis for five years now. And I have preferred to pick stocks myself so far. But as the cannabis ETF market matures, these offerings are absolutely worth a look.

If you want easy cannabis diversification, any of these three funds would do quite nicely. You can see the funds’ full portfolios and various investment methodologies at their official websites (listed above).

The post The Top 3 Cannabis ETFs for 2019 and Beyond appeared first on Early Investing.